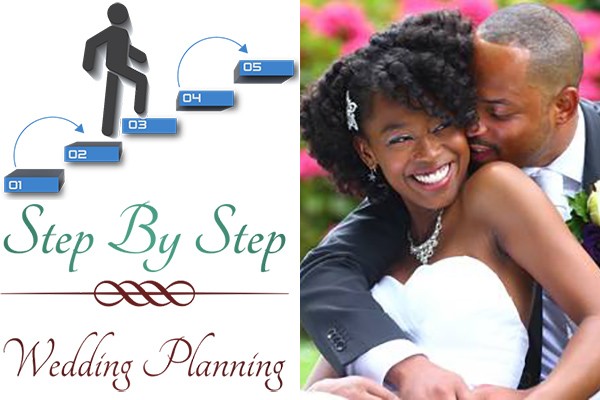 Getting married is not as easy as one watches it on movies. Planning a wedding is a tedious job. Several important details and considerations are taken into account.

The primary tasked in the preparations is the budget. The question of how much is available and who is footing the bill are the important questions in setting the budget.

Hiring a wedding consultant is practical for busy working couples who have less time to spare for the preparations. If the budget is tight, there are also consultants who work by the hour. An outsider perspective is beneficial to both the bride and the groom.

Once the budget is set, the next step is creating the timetable of schedules. The important factors to consider include honeymoon, work schedules, holidays and family occasions, and day of the week. Some consultants say the bride's menstrual cycle should be regarded to avoid getting the gown stained or feeling busted on the wedding day. Alternate dates are also a consideration.

Now, choosing the ring and announcement to family, relatives, friends, and other significant others come next. The contemporary times suggest that couples choose the ring together. Announcements may come formally or informally. Traditions though recommend that the groom's mother take the initiative to communicate with the bride's mother. Usually, a dinner is set up for the families of both parties to get acquainted. This will be helpful in the following days of the preparations. In some countries, newly engaged couples send an official announcement to local newspaper or magazine.

After making the wedding known to all, the second essential is the guest list. This list usually affects several aspects of the wedding specially the budget and the size of the party. Dividing the guest list into five categories will better sort out the list: a) bride's list; b) the groom's; c) couple's common friends; d) groom's parents' list and; e) bride's parents' list. Alongside the list is the couple's decision on invitation card designs and packages. These details match the over-all tone of the wedding. Proofreading of the invitation cards is a very important task however tiresome it may be.

The ceremony and reception music, flowers will set the mood of the wedding. Like the invitation, these things should match together to express the style and theme of the wedding. The same with the wedding gowns, bridesmaids dresses, and the groom's attire are usually decided based on the theme.

The photographs and videos should not be forgotten for they will immortalize that one memorable and valuable once-in-a-lifetime moment. Many wedding planners suggest taking the formal shots a week before the wedding to avoid stress.

Then when almost everything is done and decided, the next step is the rehearsal reducing the risk of ceremony disappointments. Rehearsal parties immediately follow the rehearsal. This is a chance to mingle with family and friends.

The ceremony site sets the tone of the wedding. Traditional weddings are celebrated in church; however, there are many non-traditional that have emerged since the 60ís and 70ís. Beach and garden weddings are just a few example of the latter one.

Last but not the least are the reception and catering. Included are the place, the food, and the wedding cake. It is pretty much anything the bride and the groom want as long as it fits the budget.

The other side events organized during the wedding planning are stud party and wedding shower. This is one of the exciting part in wedding traditions.